Under the blood is learning: What students wish parents and teachers understood about gaming - written by Sue McDowall 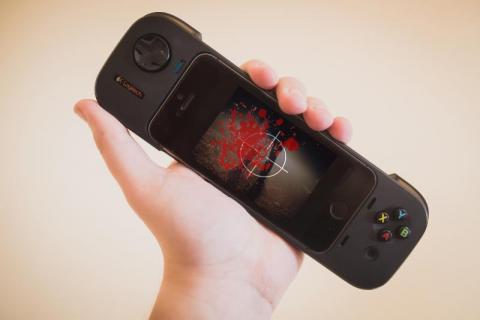 Many of my friends who are parents, and especially those of teenage boys seem mystified or despairing about the amount of time their children spend in darkened rooms playing digital games. “I never see him”, “What is she doing in there?”, “He only comes out to eat”, “I’m worried he’ll get a vitamin D deficiency”, “He has no friends”, “He’s up all night”, “Who is she talking to?”, “He has no interests”, “It’s all that shooting”, “He gets so angry when I tell him to turn it off”. These are the sorts of things I hear them say.

There also seems to be persistent moral panic in the media about digital games – the harm games do, how to manage their use in the home or at school, and the impact they have on the capacity for empathy, collaboration, creativity, and learning. Academics, policy makers, teachers, parents…it seems that everybody has an opinion about digital games, even if they are not gamers themselves, and many of them are not. Less is written about what students themselves have to say about their gaming, although as we are discovering in our research project Games for learning, students have plenty to say. At first I was a little taken aback at the passionate outpouring elicited by our question of what students wished parents and teachers understood about gaming. This question clearly touched a nerve. The students we spoke with felt unheard, misunderstood, and unfairly judged about an interest that was deeply important to them. And they had a lot to say. As one of the students said at the end of the interview:

Many of the students we talked with described how the adults in their lives had negative views of gaming. Some students felt as though these adults not only had negative views of gaming but had negative views of them personally because they were into gaming. When we asked a group of Year 10 students, for instance, what their parents thought about their gaming, their responses included: “That we’re lazy”; “That we’re just wasting our time”; “That we’re wasting our money”; and “That they [digital games] don’t contribute to our learning.” When we asked these same students what most of their teachers thought of their gaming, their responses were similar: “That you wouldn’t learn anything”; “Probably like that we’re getting brainwashed”; “That we’re useless”; “Yeah, you’re a loser. You don’t do anything except play video games kind of thing. You don’t need any intelligence for it.”

When we asked what the students wished their parents and teachers understood about gaming, the most frequent response from all ages was that gaming involved learning. The students we spoke with acknowledged that some games appeared violent but that this was not the main attraction to playing them. They thought their parents were missing the point of the game by focusing on the violence. There’s some games out there that don’t necessarily show the learning in it because they hide it under all the blood. Under the blood is learning.(Student, Year 7/8)

She might see me killing a zombie that’s trying to invade my house and think that it’s just a violent game about killing stuff and that you’re not learning anything but she doesn’t know that Minecraft is more about making stuff and thinking about 20 by 20 blocks. (Student, Year 7/8)

When I play Clash of Clans my Mum says, “You’re just killing people”. But it’s just strategy, you know. It is maths, isn’t it? (Student, Year 7/8)

My parents think that everything I play is violent. Most of the games I play have violence in them but it’s not the main point. I bought this key for $4.50 and I got to unlock this chest and it had a knife in it that was worth $450! And all my Mum goes is “It’s a knife”!
(Student, Year 7/8)

These students wanted the adults in their lives to understand that through gaming they learnt thinking, creativity, risk taking, problem solving, perseverance, and collaboration. Some students spoke of the factual information they learnt incidentally through gaming. Others considered that gaming extended their vocabulary.

Some students felt deeply offended by the messages they received from parents or teachers that playing games made them “loners” or “losers”, unable or unwilling to interact socially with others. Nearly all of the students we spoke with talked about their gaming experiences as involving others, at least some of the time. This social interaction included playing with or against their peers, talking on and off-line with peers about the games they enjoyed, the strategies they employed, and the problems they encountered. This social interaction was, for many students, not just a by-product of playing games but a fundamental part of what made gaming an enjoyable activity for them - as illustrated in the following two comments:

In multiplayer, you do talk a lot and it’s quite fun to play with other people. Like the other day I was playing with this guy and he was on the mic and we were finding strategies on this map to get behind the terrorists, but it was actually quite fun as well – we were having a good time. We became friends and I added him as a friend and we talked together a bit. (Student, Year 7/8)

The greatest thing about Tankie online is that you can vs. your friends… It’s great to be competitive with your friends and teachers (Student, Year 4)

Students can be responsible online

Some of the students we spoke with expressed frustration at the lack of trust their parents or teachers had in their ability to keep themselves safe online and use the internet responsibly. Some students described receiving messages about the online world from these adults in their lives which did not align with students’ experiences, leading them to distrust or disregard adult warnings as stupid or naïve:

I’ve learnt that games aren’t boring, that you don’t get cyber bullied and that your brain won’t malfunction. (Student, Year 5/6)

I used to be scared of playing games on the computer because my Mum told me my eyes would go square. (Student, Year 5/6)

My parents always say someone might get really angry at you or try to look at your name, or do something to you, and that it’s not safe. But most of the time it is. And if you find someone who is being mean to you, you just exit that lobby and join a new one. (Student, Year 7/8)

Nearly all of the students we spoke with tried to make sense of the negative attitudes towards gaming they encountered. Some expressed empathy towards, or tried to excuse their parents’ or teachers’ biases.

They think we’re just sitting there being lazy but there’s more to it than that. They don’t know because they’re not really immersed in the game. (Student, Year 10)

Others expressed frustration at judgements made by others who knew very little about gaming.

Have they ever even played the game? (Student, Year 10)

Most students considered that some games were “pointless” or “stupid” and some students also had views on the need to maintain balance or recognised the problematic aspects of their game use, such as the health impacts or addiction risks.

Some kinds of games are kind of pointless. They don’t really have any learning. (Student, Year 7/8)

It depends on the game. If you’re playing a multiplayer shooter and you’re looking for that instant win, the definitely you’ll get used to that short, quick, burst of attention. But if you’re playing something like a role playing game and it’s over a year, and you’re working towards a campaign then it will help with your attention span. (Student, Year 10)

And of course, all of the students knew of or had parents, teachers, and other adults who did understand the value of gaming, some of whom were gamers themselves.

So what? How can we use these insights as teachers in schools

Excellent article! Thank you, Sue McDowell, for actually asking the students what they think. Too often we leave them out of this conversation. Their insight and wisdom are invaluable in understanding the bigger question what games can teach us about learning, especially in respect to how the world is changing. I was especially struck by this comment "...students wanted the adults in their lives to understand through gaming they learnt thinking, creativity, risk taking, problem solving, perseverance, and collaboration." Aren't these the exact skills we consistently uphold as the foundation to modern learning? As teachers, how will we apply this information to our own pedagogical practice? How can leverage the learning the students have identified in games to help us keep school relevant? Maybe it's time to move beyond judging to understanding. Thanks Sue!