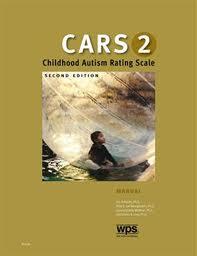 Since its original publication, the CARS has become one of the most widely used and empirically validated autism assessments. It has proven especially effective in discriminating between children with autism and those with severe cognitive deficits, and in distinguishing mild-to-moderate from severe autism.

Now a revised Second Edition expands the test's clinical value, making it more responsive to individuals on the "high-functioning" end of the autism spectrum--those with average or higher IQ scores, better verbal skills, and more subtle social and behavioral deficits. While retaining the simplicity, brevity, and clarity of the original test, the CARS-2 adds forms and features that help you integrate diagnostic information, determine functional capabilities, provide feedback to parents, and design targeted intervention.

Standard Version Rating Booklet (CARS2-ST)
Equivalent to the original CARS; for use with individuals younger than 6 years of age and those with communication difficulties or below-average estimated IQs

The Standard and High-Functioning Forms
The CARS2-ST and CARS2-HF each include 15 items addressing the following functional areas: