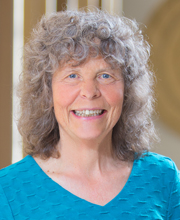 PhD from Victoria University of Wellington.

She led NZCER’s national school surveys from 1989 until recently. She has a leading role in the new research-based tool for schools focused on effective teaching and school practices, and school leadership: the Teaching and School Practices survey tool.

Her longitudinal study ‘Competent Learners’ provides important understanding about different trajectories of engagement and achievement in learning from early childhood education into early adulthood, and provides strong evidence of the importance of developing the national curriculum’s key competencies.

In 2014 Cathy was made a Member of the New Zealand Order of Merit for services to education.

She was a member of the Government’s Independent Taskforce to Review Tomorrow’s Schools, which published this report in December 2018.

Wylie, C. (2006). Making the most of research in policymaking. NZCER seminar paper.

Wylie, C. (2002). The local and systemic roles of school trustees. Paper given at the annual conference of the New Zealand Association for Research in Education, Palmerston North, 5-8 December 2002. [pdf file, 49KB]

Wylie, C. (2000). Picking up the pieces - review of Special Education 2000 for the Ministers of Education. [choice of Word or pdf file]

Wylie, C. (2001). Making sense: Relations between literacy, television use, computer use and other uses of children's time. Paper given at the annual conference of the New Zealand Association for Research in Education, Christchurch, 6-9 December. [pdf file, 51KB]