Fear of failure, regret, and getting past survival reactions 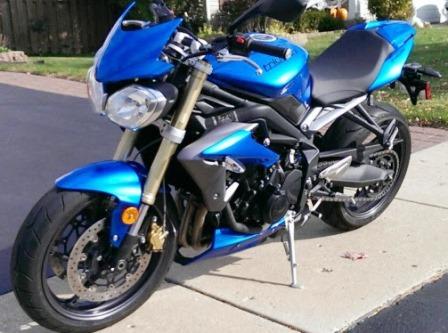 For this post, let’s assume that failure can have a positive, productive relationship with learning. Let’s explore what goes on when that potentially positive relationship is thwarted. If the possibility of failure is too awful to contemplate, using it strategically for learning is unthinkable. The strategy instead becomes one of avoiding failure at all costs.

Recently I watched an old episode of Grey’s Anatomy (I only watched for the interesting surgeries, honest). A woman came in with a severe burn to her hand. Since it was her dominant hand, used for writing, she would not be able to sit her final law exam for admission to the bar (the right to practise as a lawyer). Turns out, it wasn’t the first time she’d been to hospital for an injury that coincided with the timing of her bar exam.

The woman was doing something that cognitive science calls self-handicapping. People self-handicap (or self-sabotage) to avoid failure. It helps them maintain a particular view of themselves. In this case, the woman needed to maintain the idea that she was fully capable of passing the exam and practising as a lawyer. By deliberately injuring herself, she guaranteed she would not have to face any challenges to that idea of herself. She couldn’t possibly fail an exam if she never took it in the first place.

The woman who burned her hand is a fairly extreme example but people may choose all sorts of other hurts (e.g. emotional) in order to avoid the vulnerability of trying and potential shame of failing. The cost involved in fear of failure is high though. As many people involved in psycho-therapeutic work or a creative business enterprise will tell you, a fear of failure inhibits some important aspects of a person’s (and even an organisation’s) capability, such as: creativity, responsibility, commitment, exploration, leadership, pleasure, relationship-building, tenacity, resilience, resourcefulness, playfulness, and collaboration. These are things that make our lives go well and allow us to contribute to others’ lives and to the world.

Some studies in cognitive psychology suggest we tend to over-estimate the impact of negative events and/or our emotions about it. We also tend to under-estimate our resilience in the wake of it. It’s a bit like the tendency to think you’ll never love again if you break up with somebody. You just can’t imagine someone else. But…what you could not imagine at an earlier point usually materialises in some form and you do love again.

So holding back from trying things, out of a fear of how awful failure will be, may be misguided. It may lead to lifelong regrets. When it comes to reviewing our lives, it’s often the things we didn’t do that we regret most. We may be less likely to regret the things we tried and failed at,  especially if it involved really trying for something and acting in accordance with what you really believe.

One the most interesting books I have read is The Top Five Regrets of the Dying: A Life Transformed by the Dearly Departing. Based on her years as a palliative care nurse, Bronnie Ware, identified the top five regrets she repeatedly heard from her patients:

A lot of my research at NZCER has been about young people’s career education and post-school work and learning pathways. The 5-year Pathways and Prospects study of young people in apprenticeships, university and polytechnic programmes, the army, and Youth Training found that many were deeply anxious about the idea that there was one right choice and whether or not they’d made it. Simply providing more career information could further overwhelm them because their struggle was not about a lack of information so much as it was about coming to understand who, and how, they wanted to be in the world. (note that some of our other research looked at a more connected career education that involved teachers across the school could help students participate rather than simply plan, and make self-awareness and values-based capabilities central as a way to navigate a modern lifelong learning and work environment – see Learning to Fly and NZ Science Teacher).

Because of this research interest, many people of all ages have wanted to talk to me about how their career (but really their life) pathways and choices have left them realising they tried to conform to expectations that were not really theirs. This reduced the energy in their lives and made their lives less meaningful. The idea of carefully planning in advance for career sounds intuitively right. However it often leaves people giving priority to the values or reference points of others (job status, for example, is often in this category).

It might be more useful to think about creating manageable experiments related to your aspirations - real experiences and connections that can help develop wisdom about who, and how, you are in relation to work and life. But there’s really no way to do this if a fear of failing locks up your ability to think and move. (by the way, the best popular book I've ever read - by far - about career decisions, which also suggests an experimenting approach, is Roman Krznaric's How to Find Fulfilling Work).

That idea of being “locked up” reminds me of how those of us who ride motorbikes have to manage our “survival reactions”. Survival reactions are dramatic, panicky responses to scary situations such as taking a corner faster than you meant to. The fear of crashing (failing) has you grabbing at your brakes, or standing the bike up (no longer learning into the curve), or staring uncontrollably at the very thing you don’t want to crash into (this is called “target fixation”).

In fact the way to handle taking a corner too fast is to stay relaxed and let the bike and the laws of physics do their job – stay away from the brakes, keep a lean on, and just look where you want to go. Anything else destabilises the bike and its natural ability to stay upright. Of course doing this feels all wrong (“I’ve got to do something; I’m about to die!”) and you have only a millisecond to correct any survival reaction. Better to develop an awareness of your riding and bike, and to practise, practise, practise (experiment) in managed ways that let you adjust elegantly in the face of possible failure.

In another blog post, I’ll look at ideas for creating the conditions that side-step an unhealthy fear of failure and support a more open view about learning and living opportunities.

Unfortunately there is so

Unfortunately there is so much social pressure on arriving at a particular state of being that we lose sight of the process of becoming. Waiting to be or feel successful before you act is a roadblock. I agree, "coming to understand who, and how, [you want] to be in the world" is a useful approach. This is something that develops and changes as a result of putting 1 foot forward- great leaps forward do happen, but thousand mile journey's beginning with the proverbial first step is probably much more common. Ah, Greys Anatomy- such fascinating social commentary- the storyline you presented resonated with my experience of 'self-handicapping' during the writing of my doctoral thesis. It was only when I realised that I would feel more distressed NOT finishing it then the distress I was experiencing from 'is it good enough?' fears, that I became motivated to finish. Worrying that I was going to fail was the very thing that was going to cause me to fail! In other words, it was a misplaced survival reaction that did not reflect the reality of how I 'secretly' saw myself. Risking failure was indeed an act of self- preservation. My long term survival was indeed served much better by 'risking it', writing it up, submitting it and moving on to the next phase of my life.

Thanks for that wonderful

Thanks for that wonderful story and insight - that fear of failing can actually create the failure and keep you in a sort of "holding pattern".