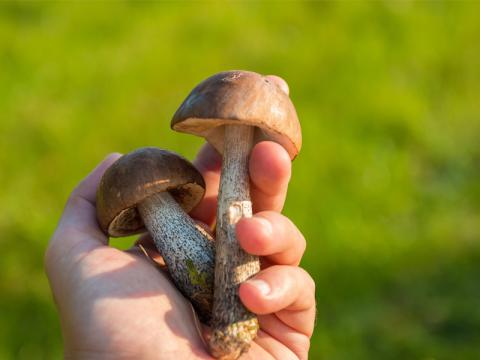 In the third of her series on the place of science in a future-focused curriculum, Ally Bull explores the idea of making school science personally relevant.

We know that many students both overseas and in New Zealand experience school science as boring, irrelevant and unrelated to the real world. NZCER’s Competent Learners study found that science was one of the least enjoyed school subjects for students at both age 14 and age 16. The science (and maths) teachers in the age-16 phase were also less likely than teachers of other subjects to say that their students had opportunity to act on issues that concern them or to interact with people outside school as part of their school work. Even in the recent interviews with Competent Learners participants who had gone on into science- related careers there was a sense that for some of them school science was often not very engaging.

It was very guided early on. It became much more fun and practical as I went on. There’s a lot of hard work to get to the fun side of it though. I managed to keep going probably because I found a lot of it, especially the maths, easier than some other people did. You just need to want it, to keep going.

This of course doesn’t mean that science teachers aren’t passionate and engaged with what they are doing – just that school science as it is traditionally taught doesn’t seem to be a good match with the interests and aspirations of many of today’s youth.  (On a more positive note just over half of the 4000 Year 5- 10 students who have completed NZCER’s Science Engagement Survey this year said that in class they have opportunities to study something that really interests them and almost two thirds said that they had opportunities to learn about things that are useful in their everyday lives so perhaps things are changing).

Over the years there have been many examples of initiatives that have been designed to increase student engagement with science by making school science more immediately relevant to students – and many of these have been enthusiastically received.

One of the Competent Learners @ 25 participants recalled one such initiative.

I liked human biology because of the sports science. The 5th form course for me was much more engaging than the 6th form one because it was about the human body. 6th form there was a lot of stuff about plants that I wasn’t interested in. I like testing the body and understanding how it all works.

Generally, though, these initiatives use personally relevant contexts as a “hook” to get students to learn the prescribed content. Rose Hipkins refers to this as the ‘candy wrapping’ way of using contexts to support learning – the intended learning is essentially unchanged but the context wraps around the outside to provide an attractive veneer of ‘relevance’. But what if we used the contexts to actually determine the curriculum?

Noah Feinsten in his 2010 paper Salvaging Science Literacy argues that if we want to develop scientifically literate citizens, identifying relevant contexts needs to be the driver of what we do in school science, not merely the hook to get students interested. Feinstein argues that scientifically literate citizens are “informed outsiders” who “remain anchored outside of science, reaching in for bits and pieces that enrich their understanding of their own lives”. For him, identifying relevant contexts is fundamental to developing scientific literacy – not just a pedagogical device. Making science relevant is not something the teacher does alone. Teachers need to support students to work out when science is relevant to their needs. Feinstein argues that such an approach would necessarily begin with students’ own questions. It would, I think, also mean teachers needed to get to know what their students care most about. In the Competent Learners project at age 14 less than half the students thought their science teachers knew what interested them. How well do you know your science learners?

I imagine that even if you feel you do know your science learners well, running a programme that is determined by their interests (particularly at the secondary level) could well feel very challenging for all sorts of reasons.  Apart from the practical issues about not being able to plan a long way in advance what would be your biggest concerns? Would you worry that students were missing out on some vital content or that you were not preparing them adequately for the next level?  Where do these concerns come from? I’m wondering what students would gain or lose if we didn’t cover everything.

NZC is a very open document and gives a lot of freedom to make your own decisions about what to cover. The only expectation is that the Nature of Science strand will be taught and that all the contextual strands are covered over the course of Years 1 to 10. In fact you could read the curriculum as giving explicit permission to design a science programme that is determined by students’ interests and questions. The community engagement principle, for example, says:

The curriculum has meaning for students, connects with their wider lives, and engages the support of their families, whanau, and communities. (p9)

This is one of the set of principles that are supposed to underpin all curriculum decision making. So if NZC gives permission to personalise science learning, what holds us back? Is it that we hold deep assumptions that we are not fully aware of about what is important in learning science at school or are we constrained by practical considerations, or both?

The idea of completely personalising school science is daunting but are there some contexts that are likely to be interesting and relevant to large numbers of students? Could these contexts drive the curriculum? In the junior version of NZCER’s engagement survey half of the 1000 students responding in 2016 indicated they had questions about how their bodies worked and a similar number said they wondered about where their food came from. It seems to me food and the human body are two contexts that could generate engaging science learning. What other contexts are likely to be immediately relevant to the students in your class?

I do find biology engages

It's interesting the changes

It's interesting the changes from primary to secondary - at primary level Chemistry is the area that most engages the children - that is what they view science as - explosions, chemicals, mixes and 'potions'. In general I have found that whilst they love all areas of science, engaging them in biology (or living world) concepts is more difficult and they don't always see that as 'science'. It also comes down to the teacher experience / knowledge of science as well at our level.

Interesting point Michael! I agree, there are lots of aspects of science that do feel pretty abstract compared with most people's life experiences. I remember learning simple models for atoms when I was in year 9 (or as we called it then, 3rd Form). Then, the following year, our teacher essentially told us what we had learned the previous year was wrong - and that atoms were actually not as simple as those models we had built the previous year! I remember feeling initially quite annoyed about this - Why teach us one thing, then turn around the next year and teach us that wasn't true? It wasn't until I started to understand that models are just that - models, conceptualised by people, as they tried to make sense of experimental data. Of course those models would change as scientists gathered more information that caused them to rethink their earlier models. Suddenly all that abstract and hard-to-visualise stuff became more interesting to me. Chemistry became a story of human creativity and imagination. Instead of me just learning (and then unlearning) a model of the atom, I marvelled at how anyone had managed to come up with such a model in the first place. The history of science, and the nature of science, made chemistry come alive for me. I did still struggle to connect the lab experiments to the theory though!