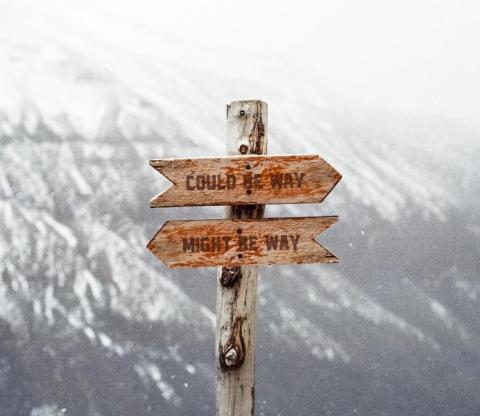 In the second in her series on the place of science in a future-focused curriculum, Ally Bull explores the idea of science and certainty.

There is always a right answer. English and the arts were a bit airy fairy for me. I really liked having an answer. It’s really satisfying.

I liked chemistry and maths because in those subjects you found the answer.

These are the words of some young people in their mid twenties reflecting on what they liked about school science. These young people (now working in science-related occupations) have been part of Competent Learners, NZCER’s longitudinal study, since they were very young children.

But, is science really characterised by certainty?  Climate scientist, Tamsin Edwards, certainly doesn’t think so. She goes as far as arguing that uncertainty “is the engine of science”. The science education literature also identifies this tentative nature of science as one of the key identifying features of science that students should come to understand.

Several of the Competent Learners interviewees recognised this issue when comparing science at school with the STEM jobs they ended up in.

At school science was more structured than what my job is.

Engineering is not a science really - it’s more of an art. It’s a whole lot of best guesses and possibilities – I don’t know how you teach people that. You can teach people how metal acts but no one can prepare you for the problems you meet when you go on site. The reality of the job is that it is messy and complex.

This disconnect between how science at school is portrayed and science in the real world means those going on into science careers don’t get a proper sense of what the job is they are going into. Perhaps an even bigger concern, though, is for those who do not go on into science related careers. How are they to “participate as critical, informed and responsible citizens in a society in which science plays a significant role” if they don’t ever get a taste of what science is really about? A growing body of research literature about scientists’ views of the public’s understanding of science indicates that many scientists think that the public have inadequate understandings about the provisional nature of scientific knowledge.

I’m wondering whether changing the language in our science classes could shift the focus. What I have in mind is using conditional language rather than absolute language. If you recorded yourself in class how often would you hear words and phrases like, might, could be, perhaps, likely, unlikely? Ellen Langer has shown that using conditional language can encourage students to be more creative, imaginative and open to new possibilities. Could this be a way of ensuring school science is more closely aligned with science in the real world – and of helping students become more comfortable with uncertainty? I think school science could help students learn to over-ride their desire for closure, for certainty, for knowing the “right answer”. After all openness, suspending judgment, and accepting science’s provisional nature are all at the heart of scientific inquiry. However, if we are to achieve this goal we will have to carefully scrutinise our current practices. In my next blog I intend to explore how science learning embedded in “authentic” contexts might provide students with a more accurate picture of what science really is like – and also provide opportunities to generate knowledge.

I totally agree with your

I totally agree with your ideas about school science differing greatly from 'real' science. I believe that a lot of school science is all about students being 'consumers' of science rather than producers of science, and that most of the science they carry out at school has predetermined outcomes which does little to inspire curiosity or creativity. If we think about our famous scientists- they all had to have those crazy little ideas burning away in their minds in order to have found out what they did. I doubt many of them stumbled across their discoveries. I totally agree that using conditional language challenges us to think beyond the obvious and delve deeper into our understanding, our curiosity or our wonderings. We need to be encouraging and nurturing our students into using their creativity and curiosity at primary school level so that they go into secondary school and want to continue with science. The inclusion of the Nature of Science up to year 10 is vitally important to support all students to carry on with science up to that level and beyond.

Science at school V ‘real' science . I think far too often science at school is very compartmentalised… teacher driven with predetermined outcomes. We need to move away from this and build on the students existing knowledge about their world. If we are to meet the needs of 21st Century learners science education simply based on knowledge will leave a void between science at school and ‘real’ science. We need to use more conditional language to encourage students to take risks and to question, critique, evaluate knowledge presented if we are to have students who can “participate as critical, informed and responsible citizens in a society ...”