Dispersing Waves marks the early end of the COI programme in June 2009 due to budget constraints. It gathers together reports from completed projects and gems from some that closed early.

Developing and responding to the agency of children is a strong theme. Childspace Ngaio Infants and Toddlers Centre analyse how they enact their respectful “peaceful-caregiving-as-curriculum” approach, based on the ideas of Magda Gerber and Emmi Pikler, to enrich children’s very early experiences. Otaki Kindergarten describe how they enhance children’s mana by involving them in real work on environmental sustainability, and Te Köhanga Reo o Mana Tamariki explain how they set about learning traditional methods for growing vegetables and strengthened themselves as a whänau as they did so. Greerton Early Childhood Centre vividly illustrate how embedded shared leadership is at their centre.

Other projects put a single aspect of their curriculum under the spotlight: The Bush Street Kindergarten team describe how they weave learning into their central character storytelling, and First Years Preschool teachers describe their innovative, fearless approach to science.

All Round One and Two and some Round Three COI final research reports are available on www.educationcounts.govt.nz. 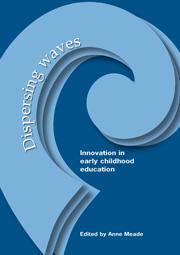