From a one-roomed school in the remote Far North of New Zealand, Elwyn Richardson became a radical and internationally-renowned teacher. This is his story and it is as inspirational and timely for educators and policy makers as ever.

This book explores the man and the influence of the innovative pedagogy he developed at Oruaiti School from 1949 to 1962. Central to his philosophy was his use of the natural environment to create an integrated programme of art and science.

Described as an ‘educational saboteur’ by poet James K. Baxter, Richardson valued curiosity and turned to children’s lives and their immediate surroundings to shape his curriculum. Learning was often organised in themes and students worked together on real problems drawn from the local community. The record of his teaching at Oruaiti, In the Early World, first published by NZCER in 1964, was widely used in teacher education in New Zealand and the United States.

Margaret MacDonald weaves Elwyn Richardson’s story into the social and intellectual currents in the development of art and craft teaching in New Zealand primary schools in the first half of the 20th century. Her fresh take on his relationship with the bureaucracy of education sheds light on the nature of educational reform in New Zealand and internationally.

This important book reveals the rich soil from which our best ideas and practices came. It is a timely reminder of what is possible, in an era when teachers feel increasingly shackled by forces beyond their control.

Watch the film In the Early World made in 1960 to see footage of the school and hear Richardson explain his philosophy of integration. 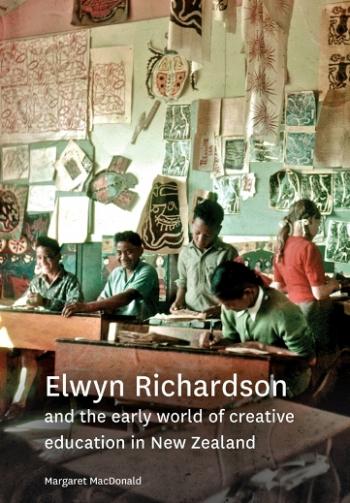 This title is available in e-book and kindle editions from mebooks.co.nz and amazon.com