What makes learning through games so engaging? - written by Sue McDowall 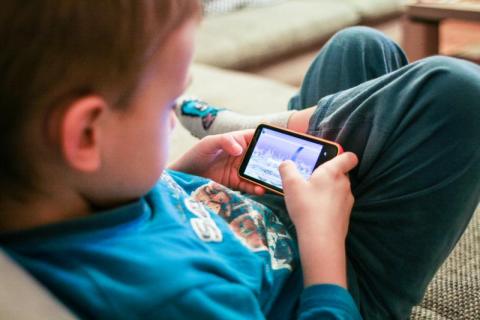 One of the questions that we, and the teachers we work with on the Games for learning project, are fascinated by, is what makes games so engaging. As one teacher observed, “Something happens when students start playing games and I want to understand what that is.” Game designers know what makes digital games engaging and there is a tonne of literature on how games are designed to hook in and motivate players. The purpose of this blog is to give teachers and other researchers – especially non-game players like myself – a look inside games as an engaging learning environment from the point of view of players. In this blog I focus on what the young people in our study (74 students in Years 3 to 10) had to say about the games they play, why they find games engaging, what they think they learn through games, and how learning through games compares with learning at school.

What sorts of games were students playing?

Some played games as part of their classroom programme and these ranged from skill building games for mathematics or spelling through to more complex games such as: Citizen Science, in which the player is taken back through time to help stop the pollution of a lake; and Quandary in which players must grapple with ethical dilemmas as they build a new colony on the planet Braxos.

Some students were also making games at home or at school using programmes such as Scratch or Kadoo.

There were three main aspects of gaming that engaged the students we spoke with. These included: autonomy and creativity; challenge; and purpose.

Games provide a sense of autonomy and creativity

Students liked the feeling of autonomy they had when playing digital games, with the power they had to shape the direction of their game play. They liked the perception that they could “influence what happened”. The opportunities provided by the games to co-construct character and narrative direction seemed to contribute to students’ immersion in the game:

You get to use your imagination, your autonomy. You get to choose your own players in the game, and whatever you choose you get to do. (Student, Year 7/8)

With the games where you have attribute points you have to think about your future, like if you put it into strength rather than intelligence you go down different paths. You’ve got to think about different situations where you might need those points. (Student, Year 7/8)

The students also liked having the power to do things in games that they could not do on their own in their everyday lives, whether within the realms of the known world such as building a house, or in the realms of the imagination, such as entertaining a zombie.

I think Minecraft is a very good game because you can do just about anything but it’s not real. You can use TNT but it wouldn’t really be TNT in real life. (Student, Year 7/8)

In Minecraft I can put a zombie in my house. And that’s more ok than if I did that in real life. (Student, Year 7/8)

Associated with students’ sense of autonomy was a sense of creativity.

You can build, you can create, you can imagine anything you want. (Student, Year 7/8)

Sometimes games can be challenging. Like you don’t know what the answer is and you have to work it out. (Student, Year 3/4)

Most game makers make them really hard so you have to problem-solve to do it. It has to be really challenging. (Student, Year 7/8)

It [a game] isn’t too easy to finish – a challenge. It lasts and lasts, like takes two weeks to finish it. That’s the test [of a good game]. (Student, Year 5/6)

They observed that games required focus, concentration, and “hard thinking” and that this was part of their appeal.

There is hard thinking in Minecraft, and strategy. (Student, Year 5/6)

Strategy games actually get you to think. They expand your mind. (Student, Year 7/8)

If you’re in an important quest you have to concentrate. (Student, Year 5/6)

Some students gave us specific examples of the sorts of challenges they liked.

I play Minecraft quite a bit and when I’m building houses I have to think about how big they’re going to be – like 20 blocks by 20 blocks wide, how tall it’s going to be, how many blocks I’m going to use. (Student, Year 7/8)

The students we spoke with described having a strong sense of purpose when playing digital games, and of being deeply invested in that purpose.

There’s a goal – something you want to reach towards. (Student, Year 5/6)

Students described how the learning they engaged in while gaming often did not feel like learning, because the learning was a by-product of the doing, rather than the end goal.  Learning often happened incidentally in the pursuit of the goal.

In a game, they’re [the skills] like hidden. You still need to use them, but without realising it. (Student, Year 7/8)

The fun is actually what hides the education behind it. (Student, Year 7/8).

For some students the goal or purpose was larger than one game. It involved mastering a genre or getting better at games in general. They saw the skills learnt in one game of type of game as transferable to another.

Each game you can get better at doing something. (Student, Year 7/8)

Usually a game uses a skill. Using FNAF [Five Nights at Freddy’s] you have to have the skill of knowing where the animatronics [malfunctioning animal characters that are trying to kill you] would go and being prepared for anything. (Student, Year 7/8)

How does learning through games compare with learning at school?

You find it [game learning] more fun because the teacher hasn’t told you, “You’re going to be doing that”. (Student, Year 3/4)

If a teacher gives you it, it’s set but with games you can choose – it could be anything! (Student, Year 7/8)

Students saw the learning they did when playing games as more active and interactive than the more passive experience of school learning, which often involved listening to teachers.

You learn more stuff [with games] because it’s more fun and you get more active in what you do. Maths [for example] is boring cos you just see numbers but you don’t see fun stuff to do with the numbers. (Student, Year 10)

[Games should replace school] because you can play a lot more fun computer games and you don’t have to listen to your boring teacher talk. (Student, Year 10)

I like the game stuff better cos it’s interactive. (Student, Year 3/4)

They liked the way in which they could learn from experience or learn by doing – through trial and error – while playing digital games. Students saw the learning they did when gaming as incidental to something they were doing. This led to the feeling of not realising they were learning. In contrast at school the learning was the goal.

In a test it shows what skills you need but in a game, they’re like hidden. You still need to use them, but without realising it. (Student, Year 7/8)

[With school work] writing down in your book – I think you are just memorising it rather than understanding or learning it. You’re not like working it out. (Student, Year 3/4)

You won’t really be thinking [with school work] and then you’ll forget it instantly. (Student, Year 3/4)

In contrast to the games they played, students did not always seem to understand the purpose of much of their school learning, especially when they experienced skills and content taught in isolation, as ends in themselves. Students were not always aware of why they were learning them or how the skills and content they were learning would be of use to them. This led some students to conclude that the skills and knowledge being taught at school was “pointless”.

Students saw game learning as involving short term goals that required a gradual increase in skill and knowledge which made learning easier that school learning.

The [school] goal is like to get a good grade or pass the exam but with games it’s a short term goal. (Student, Year 10)

Games are easier because you just move from step to step. (Student, Year 7/8)

Interestingly, when we asked the students in our study if any of the learning they did at school made them feel the way they did when gaming, the most frequent response, especially from the younger children, was creative writing, free choice reading, or art – activities that, like games, are more open-ended with multiple ways of making meaning or solving problems.

Science is like a game. You’re figuring out what’s going to happen at the end. (Student, Year 3/4)

Yeah. It [science] is like in Minecraft. You have to choose the best material and you have to have a strategy. (Student, Year 3/4)

Gee argues that that in order to sell games, game designers have discovered ways of getting people to learn and to enjoy learning and that these methods are similar to cutting-edge principles being discovered in research on human learning. He describes good game designers as “practical theoreticians of learning” because they know how to design games in which players are learning without knowing it (Gee, 2013, 21).

Gee (2013) tells us that good video games empower players by allowing them to customise game play or by allowing for different ways of playing; providing characters that players want to identify with or can co-construct through, for example, the selection of traits; and allowing players to easily manipulate characters and objects to meet their goals. Good games support problem solving by: providing problems that are well-ordered in terms of difficulty and progression; adjusting challenges and providing feedback so that the experience is just difficult enough, and so that players know what to do next; providing cycles of practice, tests of mastery, and new challenges; providing information on a ‘just in time’ or ‘on demand’ basis; beginning with a stripped down or easier versions of the game so that new players can understand the game’s structure, and experience early success; and providing opportunities to practice skills in the process of accomplishing what players want to achieve. And finally, Gee argues that good games support understanding by providing players with opportunities to understand the system of the game and opportunities to link words and concepts with experience.  Gee argues that good games are motivating because of the ways in which they are designed to trigger learning and in ways that are not always available in schools.

The responses of the young people in our study are consistent with Gee’s observations, and affirm that young people are capable of articulating the features of games that hook them in and maintain their motivation. The question I am left wondering about is “How can we harness that sort of motivation for learning in other contexts?” Teachers talked about the “hum” of gaming and how to create spaces in the classroom “where the hum can thrive”. If we knew the answer, could we adopt some of the engaging aspects of game play into our classrooms? And what would this look like?

Games for learning
Schooling for the future