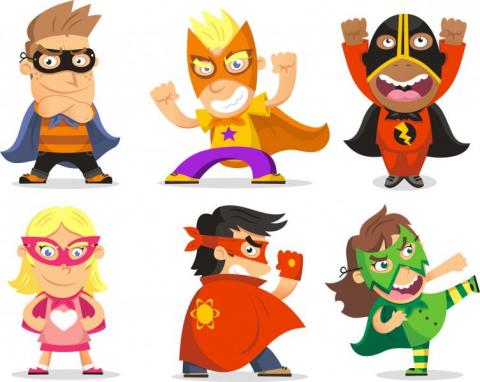 Not all Games for learning teachers started out as gamers.  Today we're going to look at another trajectory followed by some of the game-using teachers in our study: The play-based learning advocates.

Two primary teachers in our study, Leanne and Caro, each had backgrounds teaching young children. Leanne had originally trained in early childhood education, and Caro was an experienced new entrant teacher.  When we interviewed each of them in 2015 we noticed some similarities in their journey into game-based learning, and in their pedagogical philosophies.

In today’s blog, we’ll look at how their predispositions towards following learners’ interests, and valuing play-based learning, enabled both Leanne and Caro to support games and game creation with their students.

Leanne’s exploration of digital games and game design with her Year 3 & 4 class in 2015 emerged from noticing what students were doing with games in their lunchtimes, and beginning to ask students about all the games they know, play, and enjoy.

Seeing these kids in the library [playing and making games] and going, “Ok, well what constitutes a good game” or “Does it have to be an educational game?” And then coming into my class and being exposed to this huge myriad of thoughts about games that these kids are already playing, they already know about. Well ok, why are [these games] so engaging and where do I go with that?   (Leanne)

Being attuned to what learners are choosing to do when they are at play was part of Leanne's educational practice, which she attributed to starting her career in early childhood education.

I think  through my early childhood background, you're mostly an observer really quite often,and so you are looking for learning.  I’m probably more aware of learning that happens because I’m looking for it. (Leanne)

Over the course of 2015, Leanne and her students began exploring games and game design in all sorts of ways. They tinkered with digital game creation tools like Scratch and Adventure Creator. They used gamestorming techniques to create and test their own physical education game. They even test-played and gave feedback to an environmental educator who was developing a card game about conservation and native birds. Leanne was impressed by how adeptly students picked up the game, and how ready and able they were to provide constructive critique to its developer.

…they had all these other ideas for him, [like] they reckon he can put in pest cards, that came from their learning that they’ve been doing [about pest species].  There were other things like that that they suggested…They’ve picked [the game] up so fast – like I was floundering and they were just like, “No, we know what we’re doing”. (Leanne)

One of the reasons Leanne was so easily able to move into games and game design in 2015 was that she was already supporting “makerspace” activities in her school, with students able to choose from many different kinds of making activities, from box construction, sewing, movie-making, through to coding.  She saw games and game design as a natural extension of these kinds of activities.

I love coding as well and I like that whole aspect of, you know, I was doing coding in my class last year, but the coding into games I think is really exciting. (Leanne)

When asked what motivated her to continue to explore games in all their forms with her students, she summarised it as follows

I think my motivation and interest has come from the children.  So, I’m really interested in children’s interests and prior knowledge that they bring and then how you [build on] that. (Leanne)

Leanne moved to a new school in 2016 and is now teaching Year 6 students. Games, gaming, game design, and maker culture continue to be a part of her practice. We hope to check in with Leanne and her students later this year to see how this has played out over the school year.

Caro teaches new entrant and year 1 students in a new school that is an innovative learning environment (ILE). When Caro was invited to be part of the Games for learning project she joked that her own children informed her that she was not a gamer, because Candy Crush “does not count”. Despite her lack of gaming “cred”, Caro has a strong commitment to play-based learning as a key part of children’s learning and development. She and her colleagues have been building this as part of the learning culture of their newly-built school.

A lot of what we’ve done with the new entrant reception has been about the children playing the games. [We say] their job is to play, and our job is to extract the learning.  So they’ll be playing a game and we’ll get in alongside them, like if it’s the group outside, it would be me standing outside saying: “So what’s your lightsabre going to do?  What pattern have you made it?  What’s the next step?” (Caro)

She and her colleagues observed that new entrant children were increasingly coming to school without foundational developmental skills and experiences she felt they needed in order to progress with their school learning. This is where the emphasis on play, active physical engagement, and imagination came in.

they’re not having those sensory experiences [in early childhood] … getting the hands in the water and the “goop”, and turning the lights on and off, and all of that stuff that you do with small children. That’s why we are running quite an early childhood sensory based programme, to get them up to that level that they need to be to learn the academics.  (Caro)

Caro is interested in is how games and play can be used to support children’s learning and development, and in particular, the development of their oral language. In terms of what kinds of games were played and created in the new entrant classes, these ranged from multi-day student-generated imaginative role-play, to traditional board games, to students opting to play Minecraft or other apps on iPads during times when they are able to self-select learning activities. As well as games, there were lots of opportunities for children to make and create things using a range of materials, from wood, clay, building blocks and paint, to electronic maker kits. The picture below shows some of the materials available for students to build and play with. Whatever students were engaged in, Caro and other learning coaches (teachers) look for opportunities to support language and literacy development along the way. Caro wondered aloud about how ideas about play, creativity, and fun seem to have become separated from the way we tend to think about school learning, and what we might learn from bringing games and play back into focus in education.

How come games and playing is fun but learning is work? How do we change that narrative? Does learning and work have to be not fun? (Caro)

She recounted various examples from recent months in which children’s play and gaming activities had led to noticeable gains in children’s oral language and abilities to collaborate on activities. She felt it was important for teachers to feel comfortable allowing the time and space for this to play out.

It’s about allowing the time [for learners] to experiment…I think sometimes we can get a little bit panicked, you know, we’ve got to have them here and here.  Whereas if we can allow them that time to truly do what they need and want to do, I think our pay-off in the end will be much greater than forcing them through step by step. (Caro)

Ludus and Paidia: Teasing apart the relationships between games and play

One of the reasons that Leanne and Caro's stories interest me is the way that notions of games and play are woven together in their narratives.  In both their settings, student-led game creation was supported and valued, but the teachers weren't necessarily the ones pushing games into the classroom, nor did they necessarily determine the specific nature and direction of game-use for learning. Rather, they set up time and space for learners to engage playfully and productively with different resources and materials, were interested in what students were doing, and knew when to intervene with generative questions and suggestions, or pitch an idea to students. Both teachers saw opportunities to use student-led games and play to build learners' knowledge and capabilities in different areas such as oral language, problem-solving, or in learning how to give and receive constructive feedback on ideas. In these classrooms, the precise distinction between "creative play" and "games" is perhaps less important than how readily learners and teachers see and seize opportunities to stretch and extend learning, whatever activities learners are engaged in.

However, within the academic literature , a great deal of thought has been given to the definition of, and relationship between, "games" and "play".  I've been reading a lot about this lately, and I'm still trying to figure out how it might connect to what we have seen in the classroom practices of our Games for learning teachers.  Key 20th century theorists who set the foundation for this area include Johan Huizinga and Roger Callois, who introduced the terms paidia, meaning spontaneous, open-ended freeplay, and ludus, meaning games that are governed by specific defined rules. Callois proposed that ludus and paidia occupy different ends of a play continuum. An article I read recently explained it as follows:

Paidia (or playing) is the primary power of improvisation, expressiveness, spontaneity, and joy that  is often present in children's freeplay. Ludus (or gaming)...consists of formal play, bound by rules and arbitrary obstacles, that defines winners and losers and commonly manifests itself in board games and video games. (Lucero, Karapanos, Arrasvuori, and Korhonen, 2014, p. 36)

Is it important or useful for teachers to engage with theories around paidia and ludus?  I think so, and here's why. I think game designers spend a lot of time thinking  about ludus.  They think about how to create rules, mechanics, points, levels and all the other elements that make their game "gamey". They think about how to design their games in such a way that the player is motivated to stay engaged.  Ludus is also a big component of "gamification", often defined as the use of game-like elements in "non-game contexts". Teachers who gamify learning in their classrooms (including some of the teachers in our project) understand how effective it can be to take the ludic elements of games and apply those to classroom activities. Points, competition, levels, badges, scoreboards, leaderboards, escalating levels of challenge, and rules of play can all be designed into curriculum-based learning activities. Teachers who do this often say that when learning is made more game-like, students are more engaged, motivated, and often more willing to invest time and effort in their learning.

But what of paidia?  Should teachers think about how to design their curriculum to allow for, or actively encourage, playfulness?  I think Leanne and Caro's stories suggest that designing learning environments in ways that encourage play and playfulness might be equally important foundations for  the game-using classroom, particularly in the early years of schooling.

However, it's got me thinking about the dichotomy that Caro alluded to above, in which fun and play are seen as different things from learning and work.

Is it the paidia, rather than the ludus  in games that makes some people anxious or doubtful about their role in education? I'm curious about this. Perhaps there is something about the open-ended, spontaneous, non-goal oriented, and pleasure-seeking qualities of paidia that challenges conventional educational thinking and practice, including how time and learning outcomes are planned for and managed?

I'd love to hear what you think!

Other images supplied by Leanne and Caro.