“What would the principal think?” Game-using teachers on how their peers view their practices 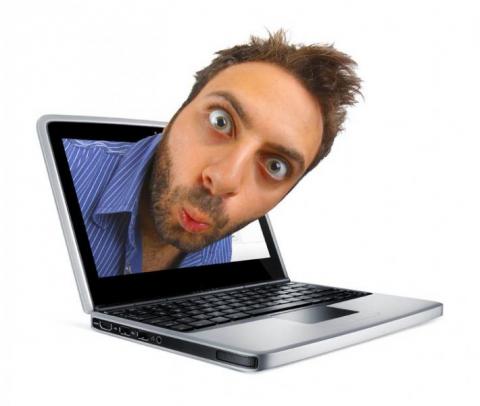 We’ve discussed some of the negative perceptions about games and gaming on this blog before.  These range from perceptions that games and play are frivolous, or distractions from real learning, through to more significant concerns about videogame addiction or violence.

The game-using teachers and students we’ve interviewed don’t see games this way. Although these teachers and students acknowledge that there are some problematic aspects of games and gaming, they don’t think games and play are a waste of time. The teachers in our project see lots of potential for games and play to support meaningful learning, and are constantly reflecting and making decisions about how to best bring out this potential through the play- and game-based activities they support and encourage in their classrooms. But do they harbour any doubts or insecurities in relation to their game-related practices? Yes, some do. We asked teachers to talk about the source and substance of any anxieties they felt.

“What would the principal think?”

Some teachers talked about what their peers, or their senior colleagues, might think were they to walk into the classroom unexpectedly and question what was going on. In the event that this did happen, teachers had thought about how they might explain their practice.

[I know] this is a game that I can justify if the boss walks in. (Teacher)

I am always thinking I have got to justify it, how would I justify it, what am I going to do if the principal walks in and we are doing this, you know? How do I say well here is my lesson plan, this is what we are learning and [to the principal] it looks like carnage. (Teacher)

We played a couple of games last week with another class. They were drama games and it was interesting because I was like, “If somebody came in right now what would they think we’re doing? How could we even justify this as a learning experience?”  Which is terrible to think that you have to justify yourself, but the principal did walk in, and probably did look at us a bit strange. (Teacher)

Though all felt confident they could explain why they were using games for learning, some suggested that aspects of their practice went against certain expectations or norms, and they felt like they might be scrutinised for this.

I feel in a bit of a difficult position because…I know that I can get a lot out of [students] using games, but I do feel a bit uncomfortable about it because I don’t have a lesson plan that says, “We are learning this reading strategy”. (Teacher)

However, other teachers shrugged off the feeling that perhaps their peers or leaders didn’t understand their practice. They didn’t let this stop them from trying things out with students.

There’s always a little bit of tension I guess if you’re doing something that’s different. (Teacher)

Some teachers didn’t feel worried or doubtful about their game-based practice. They felt well-supported by their senior leaders, or were themselves in senior positions, and didn’t see any need to justify themselves or their teaching practice. If other people had a problem with it, that was their problem.

To be honest I don’t really care [if peers don’t see the value of games for learning]. If I want to do it and think it’s good for my kids, I’ll do it. Regardless of any stigma that’s involved. I know the skills I want them to get, and how I get them there is up to me. I never feel like I have to justify it, because I can. I know why I’m doing it, otherwise I wouldn’t be doing it. (Teacher)

Sometimes it would be perceived from the outside as maybe “just playing games”…[that] was a comment in my old school when we were using Scratch.  So like, I guess, reputation-wise you worry a little bit that people don’t recognise what you are doing but…I’m kind of like at that point in my career where I don’t care anymore [what others think]. (Teacher)

Nevertheless, it seemed that even the most confident game-using teachers – and their students – sometimes had occasional encounters with other teachers or adults who were suspicious of students’ gaming at school.

Other teachers will come to me and say “do you know such and such spent 30 minutes on a game site” and I go “yip, and keep your nose out”. (Teacher)

This school is not necessarily open to games. Some of my students complain to me that they are being banned or the internet access taken off because they were caught playing games by their teachers. (Teacher)

“Close the curtains and do it anyway”

Whether or not they felt their school was overtly supportive of their game-based learning approaches, it was interesting that many teachers just didn’t seem to talk much about their classroom game-based learning with colleagues. Their reasons for this varied. Some anticipated that their peers might be critical or pass judgement, and didn’t feel they could be bothered explaining themselves. Others thought their peers probably just wouldn’t be that interested.

I’m not entirely sure how many people would know what we’ve done.  I mentioned things like [the game my students designed] but no one’s ever wanted to strike up a conversation about it, you know, [I might say] “Oh, the kids designed this game”, but I don’t think [other teachers] necessarily see that as a [learning] process.  (Teacher)

Some teachers speculated that even if their peers weren’t opposed to the idea of games for learning, they simply didn’t have the time or confidence to experiment with games in their classroom. Therefore, sharing or suggesting ideas or practices with peers wasn’t likely to be that productive.

[As a teacher] you don’t know exactly what games are the best…so it’s obviously intimidating and like nobody wants to essentially fail and [feel] it’s a waste of time and all that sort of stuff.  So everything is basically set up against the teachers wanting to try this unless you have [the support of] management.  (Teacher)

Some teachers in our project talked about their game-based practice in terms of “closing the curtains and doing it anyway”, particularly when they felt like there wasn’t anyone else in their school who was interested in the same kinds of practices. Early in our project we noticed that many teachers who contacted us wanting to be involved said they were the only person in their school, or one of two or three, who was interested in games for learning.  Part of their attraction to this research project seemed to be the opportunity to connect with other game-curious teachers and researchers, and to find out whether there were other people out there who thought along similar lines, or who might have the next good idea or piece of research that might help them.

A few game-using teachers confessed to niggling doubts or questions that came up in their own minds from time to time. These included whether they were getting “carried away” with games at the expense of learning, or focussing too much on fun and engagement without being able to “prove” that this would ultimately pay off for students’ learning in the long term.

Another thing [that I worry about] is what am I actually teaching these kids? I really don’t know until they graduate after four years and pick up something at the tertiary level. Or maybe one day if I bump in to them and they thank me, and then that is the only time I can say that I have done a good job. So the anxiety is always there. But in saying that, that anxiety is actually the fuel for me to keep on learning and searching and researching… (Teacher)

If you're a game-using or game-curious teacher, have you experienced similar doubts or anxieties about your practices - or what peers or senior colleagues might think? Do you have peers you can talk to about your game-based learning and teaching ideas? Feel free to leave a comment below.