The Climate Change Commission updated its advice – what does it say about education now? 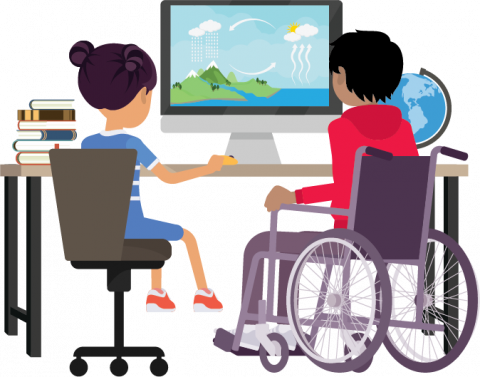 Since then, the Commission received more than 15,000 submissions from the public (including one from NZCER), and revised and updated its final package of advice to the Government.

I’ve had a quick look at the new report. I’m pleased to see that education is more visible. It’s still a case of “it’s in there, if you go looking for it”, but it’s more in there, and there is more interlinking of important ideas.

If you haven’t had time to read it yet, here’s a run-down of seven things I noticed.

This is a notable increase compared with the draft, which only mentioned education 17 times, on 10 out of 188 pages.

Chapter 2 of the report summarises some of the key ideas put forward in public submissions.  Education is mentioned several times. Other strong messages that were clear in feedback included that:

While the specific concerns and perspectives varied across submissions, these general themes are an important backdrop against which to think about education’s role in Aotearoa New Zealand’s transition to a low-carbon future.

The Commission states that it has strengthened its advice “to reflect feedback on how important education and skills are in the transition to a low-emissions Aotearoa” (p.23), including “an additional chapter that provides more detail on the distributional impacts of the climate change transition, increasing our emphasis on the need for education and skills to help with a fair and equitable transition”. (p. 22)

This felt like a good start, so I was curious to see how these ideas would be unpacked in the rest of the report.

3) Education is seen as contributing to a fair, inclusive, and equitable transition to a low-emissions future

Chapters 8 and 20 are both about ensuring a fair, inclusive, and equitable transition, and education is addressed a number of times through each of these chapters.

One key message is that our education system needs to be agile, nimble, and evolve, as we make the transitions we need to make as a country.

“the education system will be critical for setting workers up with the skills needed to deliver a thriving, low emissions Aotearoa….we heard that the cost to the country could be significant if the education system is not agile enough to continually adjust and evolve as skill needs change… education and training providers will need to be nimble in order to set New Zealanders up with transferrable skills, and the ability to adapt, upskill and learn as the way we work evolves.” (p. 342)

Another key message is about the need to address specific educational equity issues that could work against the goals of an equitable, fair, and just transition.  For example, the report states that:

“the Government needs to address existing barriers resulting from historical injustices, for example, Māori experience persisting inequalities in education and skill levels, influenced by the cumulative effects of colonisation and structural systems that advantage non-Māori”(p.332)

The report identifies the need to address these inequities in partnership with Māori:[1}

“Education and training developed by Māori, for Māori, will be important for reducing existing inequities”(p.160)

Educational inequities already affecting other groups also get passing mentions throughout the report, including people with disabilities, and people in low-income households.

"Job changes could have disproportionate impacts on people with disabilities… as they are less likely to be in work or education, and are more likely to be unemployed, underutilised and earn less than people who don't have a disability" (p. 179)

"Many low-income households are less able to transition [to low-emissions options] due to inequities in education, welfare, labour force and other factors" (p. 292)

The report doesn’t specifically discuss educational equity issues for Pacific peoples, aside from one table showing rates of “not in education employment, or training” (NEET) are also higher than the national average. (On the whole, I think Pacific peoples are underserved in this report, mentioned just nine times, and mostly in lists of groups who are at risk of greater impacts from climate change).

The report does frequently mention other forms of inequity (e.g. economic, employment, housing, transport) that impact each of the groups above, and others (e.g. children, elderly people). It’s clear throughout the report that as key decisions and actions are taken in the climate transition, vulnerable and more-affected groups need to be involved, listened to, and provided with additional supports. This is good, but I wish the report had gone further to highlight the strengths that these diverse groups of New Zealanders can bring to the table. It’s important to ensure that the visioning and design of Aotearoa New Zealand’s climate solutions can draw on the lived experiences of people that may be quite different to those of the people who are usually making system-design and policy decisions.

4) Education is important at all levels, and is ongoing and lifelong

"The education system will need to focus on all layers of education and training – not just on pre-employment training, but on lifelong learning that enables people to upskill as opportunities and demand evolve. Education in schools will also be important to set New Zealanders up with knowledge about the changes occurring due to climate change"(p. 342)

As one of only four times schools are mentioned in the report, I have to say I did hope for something a bit more inspiring. We really need to move beyond the idea that climate change education is just about filling young people (or people in general) with knowledge about climate change, and its causes and impacts. I see this idea peppered throughout the report, and even in some of the public discourse advocating for better climate change education.  It’s not that I disagree, it’s just that the research very clearly tells us, it’s not enough (e.g. See Cantell et al, 2019).

People of all ages certainly need to build knowledge about climate change, but the educational opportunities that can be generated when we position education as a form of climate change response have the potential to be so much more inspiring, holistic, empowering and multifaceted than just building “knowledge about”.  Schools, young people, and learning centres of all kinds, have much more to offer as part of our collective movement through these transitions. You can read more about these ideas in our research reports and articles.

But I digress …. Back to the report.

Education is visible across two chapters discussing policy directions. Chapter 12 says that “to reach its climate targets, Aotearoa needs to create an environment where long-lasting change is possible”. (p. 224). The chapter goes on to discuss “areas where the Government should take action to support an enabling environment for lasting change”. These include:

Chapter 13 is all about “policy direction that cuts across different sectors, which is important for enabling change at a systems level” (p. 237). This chapter includes a lot of interesting stuff, including:

Education is mentioned in this wider, cross-cutting policy context in relation to the kinds of behaviour changes that will be needed to align with climate goals. It is noted that “education and information can support behaviour change” and that “individuals and small businesses…may not have the time and resources to seek out reliable information.” The report says that “there has not been a systematic effort that involves multiple agencies to coordinate, share best practice and focus efforts on shifting behaviour for climate outcomes” and that there is tactical value in “changing public narratives and perceptions to create a shared positive narrative about climate action.” (p. 249). The report also notes that it is “important to support early movers and share good practice, so that individuals and organisations can see that behavioural shifts are possible and desirable.”

One of the report’s recommendations is to:

“[Identify] a lead agency and establish a dedicated, well-resourced fund for education and information to promote and socialise the wide-scale behaviour changes [which] should involve communities, Iwi/Māori and local knowledge”. (p. 250)

I hope this recommendation is taken up, and I will certainly be watching this space.

6) Education is identified as part of waste-reduction solutions

Chapter 16 is about policy directions for waste, noting that “Aotearoa has one of the highest rates of waste generated per person in the OECD and low recovery rates of waste, such as to recycling, anaerobic digestion (energy recovery) or composting”. The report emphasises the importance of “putting the waste hierarchy of reducing, reusing and recycling waste at the centre of decision making”.

Waste education programmes are identified as part of the solution, alongside structural investment in schemes and infrastructure that enables individuals, communities, and businesses to practically engage in reducing waste.

Interestingly, I did notice one sentence about education that was in the draft advice that I could not find in the final advice: "Public education could also help reduce overall consumption, which would reduce both waste and manufacturing emissions". I suppose this is implied in the focus on "reduce" being the top of the waste hierarchy, but still, many experts in sustainability and climate change would argue that reducing overall consumption - of things, and of energy -  is one of the most important changes we need to make as a global society. While it's great to see so much in the report about circular economies and waste recovery, I'd argue it's equally important for us all to learn how to live well with less.

The last important idea I noticed was the importance of engaging the public in policy development, while also recognising that “public input into decision making should happen alongside education [including] education on the science of climate change, its potential impacts, the impacts of policies for reducing emissions, as well as education on actions individuals, households and communities can take to reduce emissions” (p. 235).

Again, I think this only scratches the surface of how education can support, inform, and enrich public participation and engagement in the climate transition – but it’s nevertheless an important point. The public may have many different views about what can or should happen, but citizens don’t always know everything they need to know to make informed decisions, and governments have a responsibility to help the public be as well-informed and educated as they can.

There are a few other stray references to education in the report, which I haven’t discussed, but these were the themes that stood out to me.  Overall, there’s a lot I like about the report.  Many of the key messages about education in the final package of advice were already present in the draft, but this final package provides a few more hooks for the education sector to hang its thinking hat on.

Based on the conversations I have with people in the education sector, I doubt that many  will have had time to wade through 400 pages of recommendations to pick out these messages. What matters now is how this advice is taken up, and acted on, by this Government, and successive governments,  and in particular, how these messages carry across into education sector policy and strategy.

If you're an educator seeking to support systemic responses to climate change and the transition to a low-emissions future, I hope this quick analysis has given you some ideas about where our sector can put some of its focus!

If you're looking for some easy ways to get started in your school or learning centre, check out our new research briefing series: "Climate Change: What can schools do?"

What did you think about the Climate Change Commission’s amended advice?

[1] Chapter 19 focusses entirely on policy direction for equitable transition for Māori and Iwi.

Thanks Rachel for this very

Thanks Rachel for this very useful analysis. Like you, we were heartened to see a strengthening of education ideas in the final advice, and a move away from a main focus on education for vocations. We also noted the call for greater coherence and coordination in climate change education and look forward to some positive outcomes in this area.