Conflicting motivations and the uncertainties of change in teaching and learning

Learning to sit with uncertainties when the way ahead is not immediately clear emerged as an important theme in my recently published book Teaching for Complex Systems Thinking. I have continued to explore this specific challenge via a blog series, with this as the fourth post. Initially I had in mind that the series would explore ways to help students become more comfortable with uncertainty, but it quickly emerged that, in the first instance, this is a big challenge for teachers.

Making substantive changes to long-established teaching practices is fraught with uncertainties. Teachers can find themselves conflicted if the case for change makes sense but the pull of the familiar, combined with the overwhelming immediacy of everyday work, makes it all seem too hard. Extraordinary pressures, such as those created by the COVID 19 pandemic, exacerbate this dilemma to the extent that teachers can feel as if they are in survival mode (see third post in the series). I wonder if the rapid pace of societal change exacerbates this sense of conflict: some things do clearly need to change but now never seems to be the right time!

At the end of my third post in this series I suggested that we need to find new ways of tackling much-needed changes in teaching and learning practices. Adaptive tweaking of the current system feels exhausting in such volatile times and, in any case, is likely to leave schools right where they are. Drawing on the idea of strange attractors from chaos theory, I speculated on the possibility that simple but radical innovations might lead to more profound change. But how can we identify potentially fruitful changes when linear cause-and-effect thinking is inadequate to the complexities and uncertainties inherent in transformative change? In this post I explore a specific example of change, leading to the suggestion that complex change is best tackled as a collective.

Example: Making changes to the school timetable
When a significant change is made to the way the school timetable is structured all sorts of consequences could follow, both foreseen and unforeseen. In some cases, substantive change might not be achieved at all, because:

It is not just the structure of the timetable that matters. The processes and practices that surround it can have a real influence on the way the timetable plays out. Changing one without the other is not likely to achieve the desired goal.  (Hipkins, 2020, in The New Zealand Principal)

Here are just some of the ways in which the school timetable acts to preserve the status quo, even when the need for change is apparent:

No doubt teachers or school leaders reading this could readily add to this list of ways that the school timetable enables or constrains teaching and learning. These interacting influences show how the timetable acts as a basin of attraction that absorbs small changes without shifting the system in ways would-be reformers might intend. 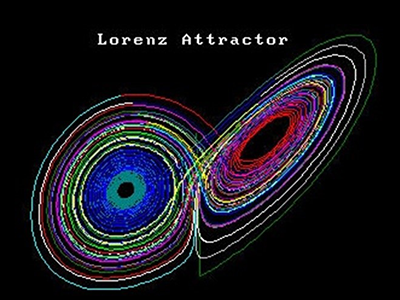 In the third post, where I first shared this image, I also shared the idea that “stirring” the system in some simple but profound way could prompt the shift to a new basin of attraction, around which new practices have more chance of consolidating. But I also noted that:

The fly in the ointment is that it’s not possible to predict (in linear cause and effect terms) what sorts of changes might have this effect. As a starting point Gilead and Dishon recommend developing a vision that could have a “pivotal role in stirring systems towards the desired objective” (p.8). They say that such a vision can help reduce uncertainty and ambiguity, by giving people a way to navigate current complexities as change unfolds. (Hipkins, 2022)

Several of my colleagues recently studied timetable changes in a small number of case study schools. These schools self-nominated as having made what they considered to be interesting and successful changes to their timetable structures and practices. One of the clear findings to emerge from this study was that all the schools began the process by working on their vision for change, as captured in the diagram here, copied from the final report. 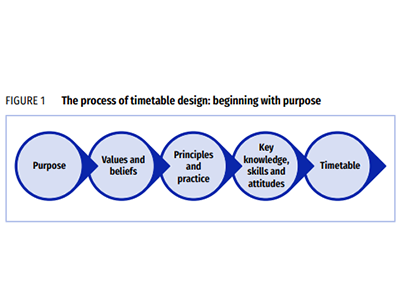 "Warping" the system as a metaphor for collective agency

Understandings of agency as an inherent quality residing within the individual, or as an outcome of a vaguely defined interplay between individuals and their social contexts, are insufficient to respond to today’s pressing societal needs. (Sannino, 2022, p.10)

Just as we tend to default to linear cause-and-effect thinking, so we might also view taking agency for change as something we must do as individuals. In the research paper cited here, Sannino points out that pressing social changes are so complex that they can only be made by collectives of individuals who bring different perspectives and capabilities to the work of making changes. She also says that we need new metaphors for thinking about where and how collectives can take agency to make complex changes. The idea of “warping” as a type of collective response is one such metaphor she proposes. This idea really appeals to me because “warping” and “stirring” a system to flip to a new basin of attraction sound like different metaphors for essentially the same change dynamic.

Sannino introduces the idea of a kedge anchor as a supporting metaphor for a process that might be used in any attempt to warp a system collectively. This idea was new to me, and I had fun selecting among various images of kedge anchors to add to the post. The metaphor basically works like this: when faced with a complex issue to which there are conflicting potential solutions, ideas are thrown out by members of the collective (much as an anchor might be thrown out off the boat multiple times before it sticks to the substrate). An idea that sticks in some way can act like a kedge: it anchors the conversation forward and allows new thinking about how to act for change to flow. 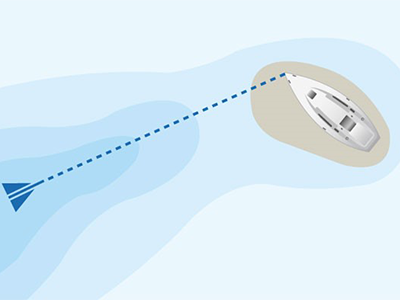 Using a kedge anchor to pull a yacht in a new direction in difficult circumstances;

I shared this metaphor with my colleague Sophie Watson and asked her if she could think of any examples from the case study schools in the timetabling project. She immediately suggested School 2 in the study, where the principal began to work towards change by challenging the existing culture of low expectations. The idea that “every student has potential strengths” was one that seemed to act like a kedge anchor. This idea took hold and began to do its work of warping the existing belief system. As teachers explored their values and beliefs about what students could and would do, collective support was built for the transformative timetable changes the principal envisaged. In turn, these timetable changes altered students’ learning opportunities, increasing their chances of experiencing success in their learning.

Sannino does say that the kedge might need to be thrown multiple times before the warping idea takes a secure hold. It’s not difficult to imagine the teachers in School 2 returning again and again to the idea of students’ potential as they picked apart the web of beliefs and practices that had long acted to maintain traditional timetable structures. I suspect that warping ideas do their work by opening an uncoercive space in which to explore values and beliefs, rather than jumping straight to potential solutions to an issue.

I really like this particular example because the transformation happened in a long-established school, with all the complexities of an entrenched and familiar culture, as outlined above. Building a transformative timetable for a new-build school is a rather different challenge from changing a long-familiar one. However, two of the case studies in the report suggest that it can be done if the teachers work collectively on the challenges and uncertainties inherent in such a complex change.