Many ways to belong during emerging adulthood 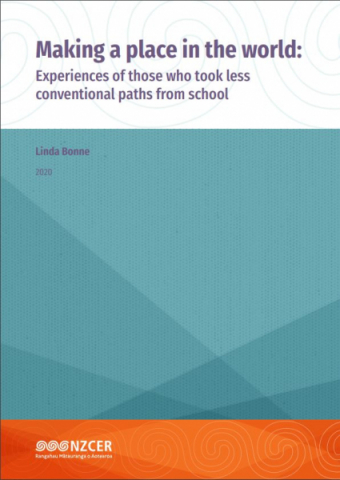 Making a place in the world: Experiences of those who took less conventional paths from school is the latest report from the NZCER longitudinal study Competent Learners that has followed young New Zealanders from their final months in early childhood education to age 26. This research aimed to find out how those who leave school early or take less conventional paths from secondary school build their adult lives and find – or make – their place in the world.

Interviews with 19 participants from the original cohort found that many had not enjoyed a sense of purpose during their last years at secondary school. At age 26, some expressed regret for not staying longer at school or gaining qualifications that would have expanded their options. Since leaving school, all had been involved in some combination of formal and informal learning.

Almost all these young adults’ lives since leaving school were characterised by change. The participants in this study have shown that there are many ways to make your way in the world and develop a sense of belonging. Most expressed confidence in their own abilities and a preference for independence. Work, study, and financial security were important to most of them, while relationships with family, friends and partners were integral to the most of the women’s accounts of the decade since leaving school. Some had taken proactive decisions to help themselves live the life they wanted – rather than experiencing it as something that happened to them.

“I hope some of these young adults’ accounts of their experiences of the decade after leaving school provide some reassurance that other ways to make your way in the world for those who take less conventional paths from secondary school. However, their disengagement with school raises some questions about what could change in secondary schooling to make it more of a place where they felt they belonged and could grow,” says Dr. Linda Bonne, Senior Researcher and author of the report.