Research publications from our research teams.

The latest publications are shown by default. Refine your search using the filters below. Press CTRL + click to select more than one option in a group. 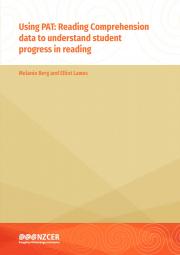 This is a series of three reports that draw on data from NZCER's PATs to explore student achievement and progress in Aotearoa New Zealand.

Two of the reports use PAT: Mathematics data. One explores the consistency of teacher judgements against National Standards, the other simulates patterns of student progress in National Stanards. 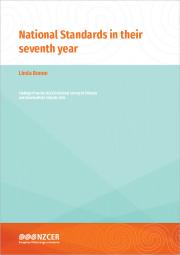 National Standards in their seventh year

This report looks at how National Standards are viewed and used in primary and intermediate schools in 2016, almost seven years since they were introduced.

It draws on data from the NZCER National Survey of Primary and Intermediate Schools, which was conducted in late August and early September 2016.

The survey asked principals and teachers how National Standards data was being used and their views on its impact and value. Some trustees and parents and whānau were also surveyed.

Creating a space for student voice in an educational evaluation 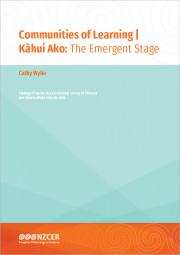 This is the first thematic report from the NZCER National Survey of Primary and Intermediate Schools 2016 and explores the involvement of schools in the new Communities of Learning (CoL).

The survey was conducted from August to early September 2016 and included a representative sample of English-medium state and state-integrated primary and intermediate schools. The survey gathers the views of principals, teachers, Boards of Trustee members and parents. Around two thirds of the schools surveyed were involved in a CoL.

An analysis of participant blogs supplemented by teacher interviews

This project looked at the impact of the Digital and Collaborative Learning programme on teachers’ reflective practice in the classroom.

Acts of learning worth learning from 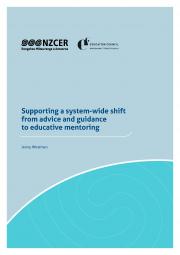 This report draws on a 3-year evaluation of induction and mentoring in New Zealand early childhood education settings and schools, carried out for the Education Council (previously NZ Teachers Council).  The research included surveys of provisionally certificated teachers and their mentors, as well as case studies.  The study sought to establish the impact of shifting from advice and guidance to educative mentoring.

Evaluation of the Guidelines for induction and mentoring, and mentor teachers Jenny Whatman Evaluation
15 August 2016 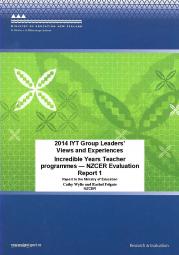 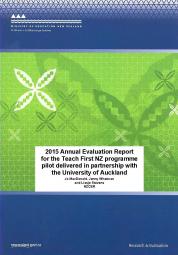 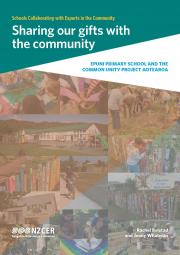 Sharing our gifts with the community

This is the third case study from a research project on successful and sustained collaborations between New Zealand schools and community and professional experts. The report looks at Epuni Primary School's collaboration with community members, including a partnership with a community initiative called the Common Unity Project Aotearoa.